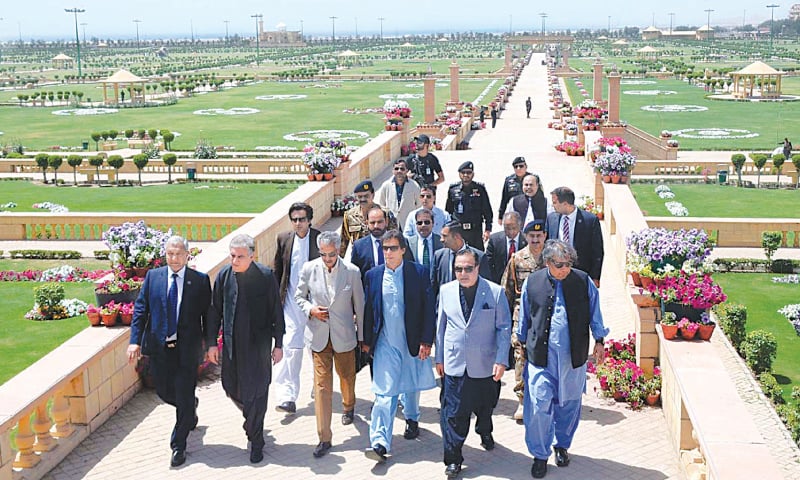 Karachi, the largest city of Pakistan had its uprise in 1950s and beyond. This city faced a tragic downfall after the capital was shifted from Karachi to Lahore. The downfall was perhaps because of lack of attention from the Government to the city.

Karachi has always been under the skin and highly underrated. If we look upon the potential borne by this city, we see that the importance of this city is far stretched from handling most of the overseas trading of Pakistan to being an important industrial center for the country and contributing a potent share in GDP.

Although, being an important fortune for the country, this city has faced a lot of disturbances. The root cause of the so-called disturbances is the lack of proper administration. Now that we have mentioned the improper administration, let’s primarily target the trending bureaucratic work culture which has always been the stake holder in stumbling the development of the city.

When we hear of bureaucracy the first thing that crosses our minds is the procrastination, no bold actions and safe play for the job. Bureaucrats do not intend to do stuff that is in congruence with common people’s interest or the development of the city. This has created a strong disconnection between the people, leading to the poor management and implementation of developmental plans.

The disastrous rain in Karachi had totally stumbled the city as each street of the city was flooded with water. The prime reason for this disturbance isn’t the climatic change but the mismanagement of the city where there has been an unplanned extension over years because of ever increasing population. The rise in population isn’t the only factor, the main stake holder is the rotten drainage system. Although, many Sewage treatment plants were planned but never constructed. This shows the incompetence of the authorities which has ruined the city for nothing.

Development and prosperity of a city can never be achieved without proper planning. For this a Master plan is proposed, aiming to build the city up to the mark. As development is correlated with Master plan, let us enlighten you with the master plans proposed for Karachi over the span of time.

A master plan shows the condition of the region at the very moment and depicts how it should be in future. Accessing the socio-economic conditions of the region and in accordance with the given conditions provides the city with plans and resolutions. Karachi has seen the arrival of 5 Master Plans, unfortunately none of them could be successfully implemented.

The master plans of Karachi that failed to implement are:

This master plan had evolutionary vision for the city, improving Karachi in every aspect. However, it couldn’t get a practical shape. The following were its objectives:

KSDP 2020, was proposed in 2007 and was approved by the city council. However, after taking control of the government, PPPP didn’t pay any heed to this master plan. In 2013, all the civic powers were taken from the local bodies and were transferred to Sindh government who were not fond of this plan. The lack of interest of the Sindh Government in the plan and the prevalence of Covid-19 lockdown halted the program and now the plan is out dated as the tenure for the plan has met its projected time.

Prime minister Imran khan has announced Karachi Master Plan 2047 for the development and growth of the city. A budget of Rs162 billion has been approved for the plan. Transportation sector is given due importance under this plan, as the plan is comprised of 18 projects, out of which 10 projects are allotted to improve and modernize the public transport. This allotment grabs its place over the fact that Karachi is the demographic hub of the country.

Also, keeping in view the scarcity of drinkable water, 7 projects under this plan are dedicated to the conservation of water.

The main focus of this Master plan is to improve the infrastructure of Karachi to meet the modern standards. This master plan will also boost the construction sector, by the construction of trendy buildings, health care facilities, sewerage plants and different industries. Real estate valuation of the city will ultimately bring prosperity to the city. As Infrastructure is the key element in uplifting the status of a region, it is important to give it due importance.

The development of Karachi is only possible if the officials work with zeal and intend to prosper the city but unfortunately many plans have made their way in but couldn’t be implemented because of lack of proper administration, cooperation and interest in developing the city. Being the financial, demographic and economic hub of the country, this city has potential to change the fate of Pakistan and make it to the list of developed countries. If the development finds its way in Karachi, it is anticipated to become the largest city of the world.